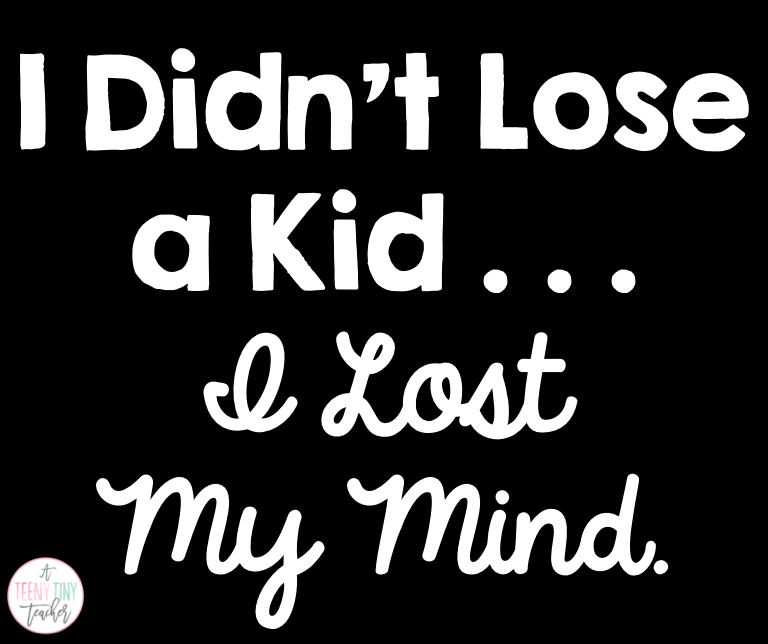 This post originally appeared on the blog A Teeny Tiny Teacher.

I would like to start off by saying that this story has a happy ending.

And I really didn’t lose a kid… Not in so many words.

But I did have a bit of a rough day last week. And I lost my mind.

Grab a snack and sit back. I’m here with a story for you today. And yes, it is true. And this happened. And I am not exaggerating.

Parent volunteers were coming in for the first time last week. I have two parents a day to help run reading groups with my GIGANTIC CLASS SIZE.

MY GIGANTIC CLASS SIZE IS IMPORTANT IN THIS STORY TELLING.

Because it happened to be the first week of reading groups, things were a bit confusing. For the students. And me. And the volunteers.

Who’s going where? Who’s in what group? When do we switch?

Each volunteer takes their group outside to our lunch benches and/or to the quad where they sit on the grass (one mom even brings a blanket – how cute is that) or under a tree. I stay inside to run my group, plus keep an eye on the kids NOT in a reading group.

The first groups went out.

I had my group at my teacher table. Lots of phonics and phonemic awareness and reading was completed. Learning was taking place. All was well.

And then it was time to switch.

One of my kids came back and said So-and-So is in our group and he didn’t come out with us.

So I said So-and-So, your group is outside. Go on.

So I said it again.

Because So-and-So was not in our room. And when you have a GIGANTIC CLASS SIZE, it’s easy to overlook someone here and there. Just saying.

I said, to no one in particular, Where’s So-and-So?

The kids at my table were no help. No help whatsoever. There were shrugs and I don’t knows and maybe he’s in the bathroom, but no one knew. Well. I’ll have you know I remained calm. Because So-and-So is a good boy and it just happened to be his birthday, and I sang happy birthday to him when I saw him in our line that morning, and I knew he was at school. I knew it.

I told my group to continue reading or sounding out or writing on their whiteboard or whatever it was we were doing (I’m sure it was brilliant), and I checked everywhere in our classroom, just to be on the safe side. Our classroom isn’t that big, but maybe he found a secret hiding spot that I didn’t know about.

But So-and-So wasn’t in our room.

So then I looked outside. I mean, maybe he was just loitering. It was a nice day. It’s easy to loiter on a nice day. I do it from time to time. Every now and again.

But nope. Not outside. I sent a boy to check the boy’s bathroom.

I walked over to our school library, which is right near our classroom, and popped my head in there.

Then I did start to panic. I did. Because WHERE COULD HE HAVE GONE?! And he’s a good boy. And it was his birthday! And our campus is HUGE. And there are NO HALLWAYS. It’s just all OUTSIDE SPACE. Did he get lost?

Meanwhile, I had a parent volunteer volunteering FOR THE FIRST TIME EVER IN MY CLASSROOM and you know that she was thinking how can this teacher not know where her student is? Should I have my kid pulled from her class? Who exactly is this Mrs. Oldham and how has she been teaching for this many years when she can’t hang onto a child for thirty minutes?

Because, seriously, school had only been in session for thirty minutes. Usually, mishaps occur later in the day, don’t you think? It’s precisely why I have parent volunteers in the morning and not the afternoon because the afternoons tend to be a hot mess.

I called the office. I had to. I had lost a child. Not to mention, I had lost the entire reading group at my teacher table because they had lost all sense of themselves, and I ended up having to send them back to their seats because there was no way I could teach reading when I needed to go on a search and rescue mission.

One of our secretaries answered my call and said something that was helpful. I don’t remember.

I stood outside my door and fretted. Chewed my nails. Paced a little.

And then my principal came. With her walkie talkie. And she told me not to worry. That we would find him. I told her everything that had transpired up to that point. I reiterated that So-and-So was a good boy and that he wasn’t a Gingerbread Boy. She told me to stay put and not to worry.

All I kept thinking was . . . at what point do we call the police?!

After about five or ten or what felt like AN ETERNITY of minutes, the secretaries did an all-call. That means an announcement was made over the intercom to all the classrooms, and all outdoor areas, such as the playground and walkways and, most likely, the neighborhood houses nearby.

It was on the LOUD SPEAKERS OVER THE WHOLE ENTIRE EVERYTHING.

And do you know where So-and-So was?

When So-and-So heard the announcement, he popped right out of the Speech room.

Because that’s where he was.

AND I KNEW HE WENT TO SPEECH.

Here’s how much I knew he went to Speech:

The Speech teacher came into my classroom when I was at my teacher table with my first group. And she said Can I please take So-and-So?

And I said Of course! But then the Speech teacher and I started talking because we tend to do that. And I have a couple of students I’m concerned about and so we spoke “in code” about it.

And then she wrote something down on her hand in pen. And my kids laughed at that, and so did I, and so did she, and we told the kids that they shouldn’t write on their hands.

AND THEN I GAVE THE SPEECH TEACHER A POST-IT. An actual post-it.

And then SHE TOOK SO-AND-SO WITH HER TO SPEECH.

WHICH IS WHERE HE WAS THE ENTIRE TIME.

While I was freaking out. And while I was ready to call 911.

After reading groups, the volunteer who was most likely wondering where and how and why I hold a teaching credential, came into the classroom to pull kids for Accelerated Reader testing on the computer. And while she was doing that, and while I was teaching, the other speech teacher came into my classroom. We have two. Two speech teachers.

Right?! Is this really my fault when we have two speech teachers pull kids out of our classrooms all willy nilly?! Is a grown woman supposed to keep track of all of this when she has a GIGANTIC CLASS SIZE? And she is old? And tired? And teaches first grade all the livelong day every day, except for on the weekends when all she does is work for the class and doesn’t catch up on her sleep most of the time anyway? HUH?! I ASK YOU!

And the other speech teacher said can I take This Girl and That Boy for speech? And I said of course! all smiley, as if it was the most natural thing in the world, and secretly hoping the first speech teacher didn’t tell the second speech teacher that I am an idiot.

So after This Girl and That Boy left, I stood up (I was teaching at the carpet and my kids were seated there) and I said to my kids Kids, when I ask you where This Girl or That Boy is, I need you to remind me that they are in Speech. Please. For the love of everything and my mind and my heart, please remind me.

And the parent volunteer in the back of the room laughed so hard that she snorted.

So I think she’s okay with me. I think I made her day.

At recess, I went to the principal’s office (of my own accord, it wasn’t like I was sent there or anything for being an absolute crazy insane person who had lost her mind and forgotten that she had an entire conversation with the speech teacher, thank you very much) and I apologized PROFUSELY for wasting her time. I might as well have bought her a present for how embarrassed I was.

Well, she laughed and I laughed too. And she said we all do this.

Does anyone know where I can get some Ginkgo-biloba?

Because I need some.

Kristin, author of A Teeny Tiny Teacher, is a full-time first grade teacher in Southern California. You can find ideas, resources, tips, tricks, and hilarious stories of real life classroom happenings on her blog. After blogging for a year, she opened a store on TpT in 2012. Follow her on her blog and TeachersPayTeachers and on these social media sites: Facebook and Instagram. 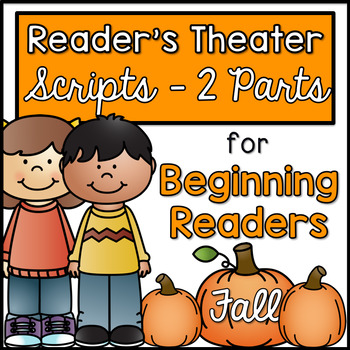 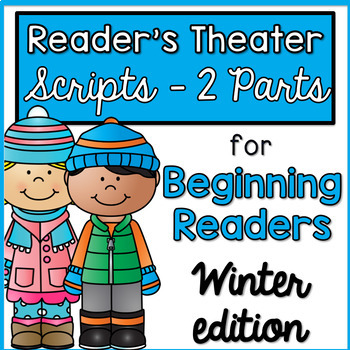 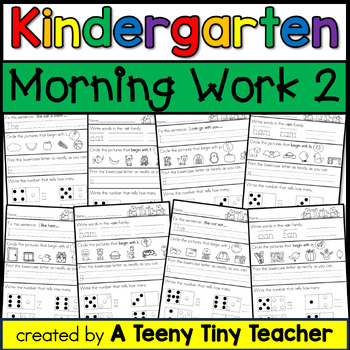 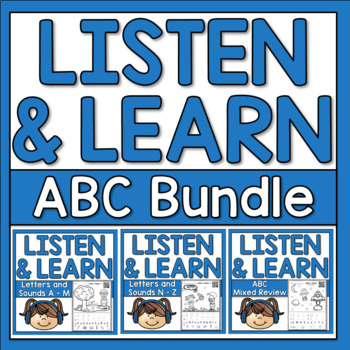 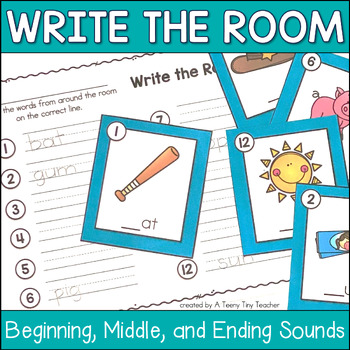 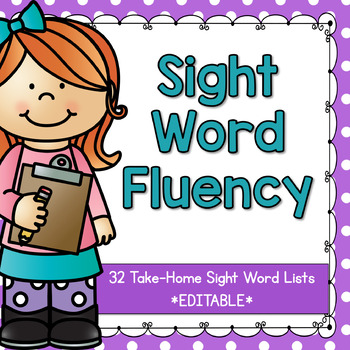 Trending Tags
Elementary Middle School #BestClassroomEver High School #BestResourceEver Back-to-School
About TpT
TpT is an open marketplace where educators buy, sell, and share original teaching materials. Join our community of educators and share ideas, inspiration, and connect with teachers from around the world!
Shop on TpT