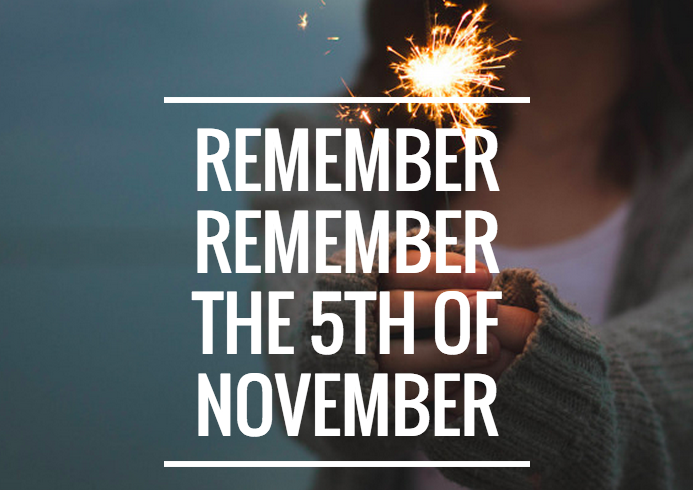 “Every 5th of November, the UK celebrates a tradition known as “Bonfire Night” or “Guy Fawkes Night,” explains Teacher-Author Teachers Resource Force. “This tradition dates back over 400 years to a plot to blow up the Houses of Parliament and kill King James I. Guy Fawkes was the explosives expert recruited to carry out the attack, but his plan was foiled and he was captured, tortured, and killed. On the night of November 5th in 1605, bonfires were set alight across London to celebrate the safety of the King. For the last 400+ years, people in the UK celebrate the history of this day with huge firework displays and the burning effigies of Guy Fawkes on a bonfire.”

Keep reading to learn more about some UK TpT’ers and their personal experiences of Bonfire Night. Plus, get some unique ideas on how you can bring British culture into your classrooms this 5th of November.

The Grisly, Gory Facts for the Secondary Crowd

Teachers Resource Force: I have lived in the hustle and bustle of London all my life, so my Bonfire Nights are usually spent with thousands of people at a big fireworks event in a nearby park. It’s always a huge affair with very impressive (and I imagine, very expensive) firework displays, bonfires, and fairground rides. It’s a big event for people of all ages.

I teach secondary students who get really interested in some of the gorier details of Guy Fawkes and the Gunpowder Plot that are kept out of the primary version! At a secondary level, students learn that Guy Fawkes was captured and taken to the Tower of London to be tortured on a rack for days, until he finally gave up the names of the other gang members. In fact, he was made to sign his name after his torture, and amazingly the evidence of his signature still exists today — just look at the difference in his writing. This is one broken man: 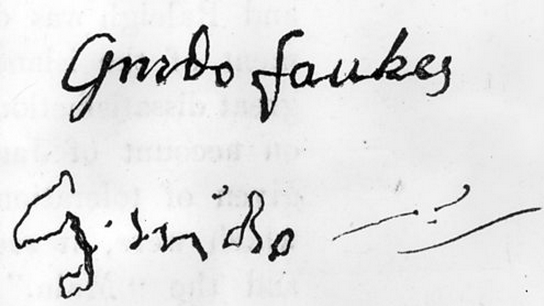 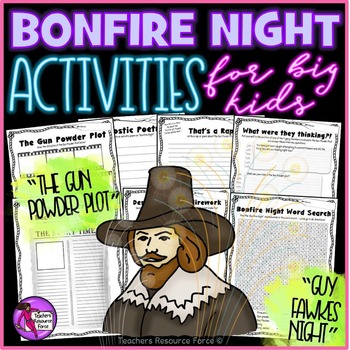 You can learn more about this legendary story (and some more details that can’t be found in the PG versions), in my PowerPoint and activities resource to bring some British culture into your lessons and encourage your students to reflect on the great legend of Guy Fawkes.

Mrs E’s Literature Daydreams: We live in central London, and our tiny street hosts a neighbourhood bonfire each year. The children get together and stuff old clothes with newspaper and straw to make the ‘Guy Fawkes’ effigy. Once the bonfire is going, we wrap potatoes in tinfoil and place them at the edge of the fire to bake. I’m in charge of making cinder toffee and Yorkshire parkin each year.

Cinder toffee is a bubbly toffee made with bicarbonate of soda, a bit like the inside of a Crunchie bar. Here’s my favourite recipe for cinder toffee. 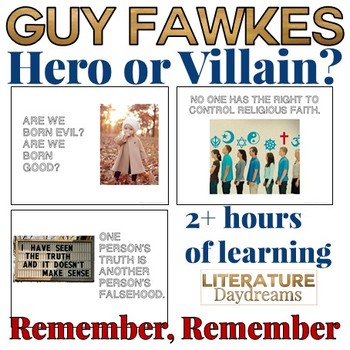 Yorkshire parkin is a rich, moist treacle loaf. We sometimes toast it on sticks around the fire and serve it hot and buttered. And of course, we roast sausages with marshmallows on the fire, too! Don’t knock it ‘til you’ve tried it.

LittleStreams: Bonfire Night was a huge event in my childhood. I remember we used to throw a street party where all our neighbours came ’round. It was always bitterly cold, being in November, but we all stood in the garden, wrapped up warm, huddled round the bonfire and watched the amazing fireworks. My dad had spent weeks before driving around the area buying the very best fireworks he could find. 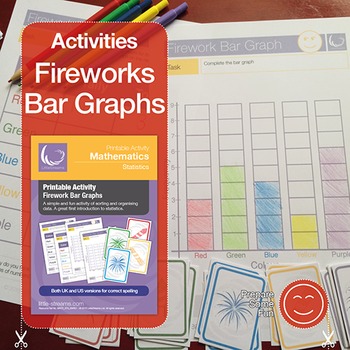 I remember being taught what Bonfire Night (or Guy Fawkes Night) was about, but for me it was all about the fireworks, and the jacket potatoes, and sausages cooked over the bonfire.

That is why we have made our product firework-themed. Firework Bar Graphs is a fun way to learn about how to collect data and record it, themed to Bonfire/Firework night, so you can celebrate the day even in your maths class.

Holly Rachel: Each year, the park in my hometown is host to a spectacular public firework display. On this cold November evening, the park is buzzing with stalls, fairground rides, and people wrapped up snugly in scarves and gloves, writing their name in the chilly air with a sparkler. The event begins with a torch-lit procession through the park to light the bonfire and is followed by a display of dazzling fireworks. I particularly enjoy the sugary treats such as toffee apples and treacle toffee that are traditionally eaten on the night. 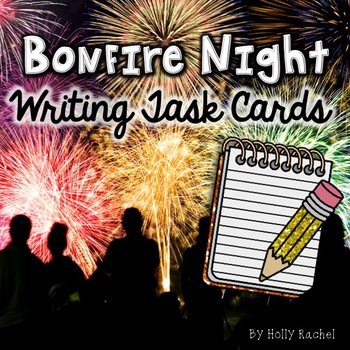 Bonfire Night is a fantastic starting point for creative writing activities. With this in mind, I created a set of Bonfire Night Writing Task Cards for children to draw upon their experiences of the event as a basis for their own descriptive writing:

Teacher’s Time Turner: As a child, I remember being told that as Guy Fawkes was a Catholic and James 1 was a Protestant, that the fireworks represented the Catholic wish to blow up the Houses of Parliament whereas the bonfire represented the capture and torture of Guy Fawkes and the failure of his plan. However, Bonfire Night to me was a time when the community got together to have sweet treats, such as toffee apples and bonfire toffee, and watch fireworks. We stood by a bonfire that had been built up by the neighbours over the past few weeks when they would bring any old furniture or wood out and throw it onto the huge pile. I remember before the event seeing many of these piles all around the neighbourhood.

As a teacher working with children in a Special Needs school, I often feel sadness that the school community is not as close-knit as many mainstream primary schools. This is because our children often travel via taxi from distances throughout 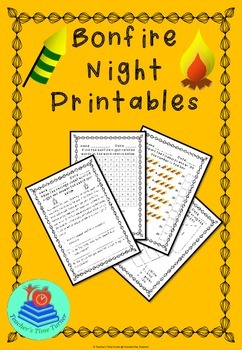 the county. This means that children don’t live near their friends, and their parents do not have a chat in the school playground before and after school as they don’t collect their children from school. However, on Bonfire Night the parent teacher association hosts a bonfire and fireworks evening. This cultural event is a perfect way to invite parents and children from the school to an evening event that the children can enjoy while also getting to see their friends and giving their parents the opportunity to meet other parents from the school. I often find that after this event, the children will tell me that a sleepover has been arranged!

It makes me happy that a historic event that came around because of the separation and animosity of two groups of people, can cause children with disabilities who are often denied the opportunities that other children have (i.e. sleepovers with friends), to be able to meet and make friends and to have these opportunities in their lives. Check out my Bonfire Night resource for some no prep activities for children to do on Bonfire Night.

Enable Me Method: For me, I like the lead-up to Bonfire Night. It’s about seeing the children who have made effigies of Guy Fawkes and hearing them shout “Penny for the Guy” in the hope that you will give them some coins for their effort. It is also a great social event where families and friends come together to laugh, share in the excitement, see a huge bonfire, and be amazed at the firework 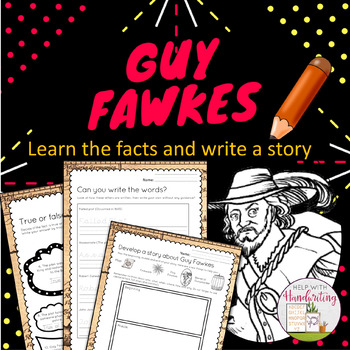 show. Obviously the lead-up also includes asking, “What happens if it rains?” (You can’t be British unless you’re wondering about the weather!). But come rain or be it bitterly cold, we have a great night turning to our friends and saying “Remember, remember the 5th of November.”

OkinawanGirl: 10 Secrets of the Gunpowder Plot

The phrase, “Remember, remember the 5th of November” is familiar to UK school children. However, your pupils may be surprised to discover these facts about Guy Fawkes and the Gunpowder Plot:

Check out my Gunpowder, Treason and Plot! resource.

We hope you’ve enjoyed learning more about this significant aspect of British history and that you might consider bringing some of these fun ideas and resources from a few TpT UK Teacher-Authors into your classroom!

A few more Guy Fawkes/Bonfire Night resources to check out: 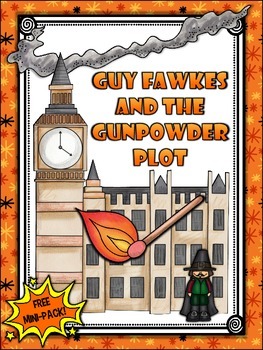 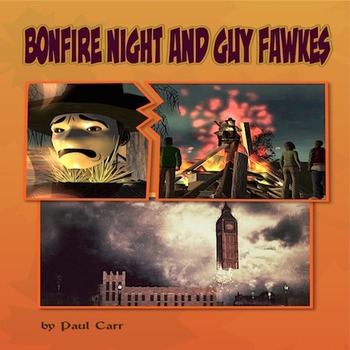 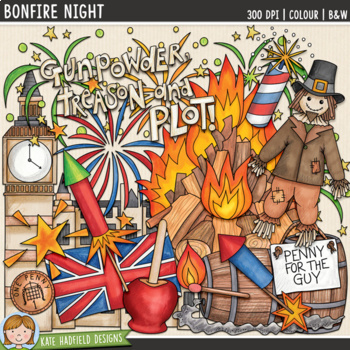