The First Week of High School Science: What I Taught and Why 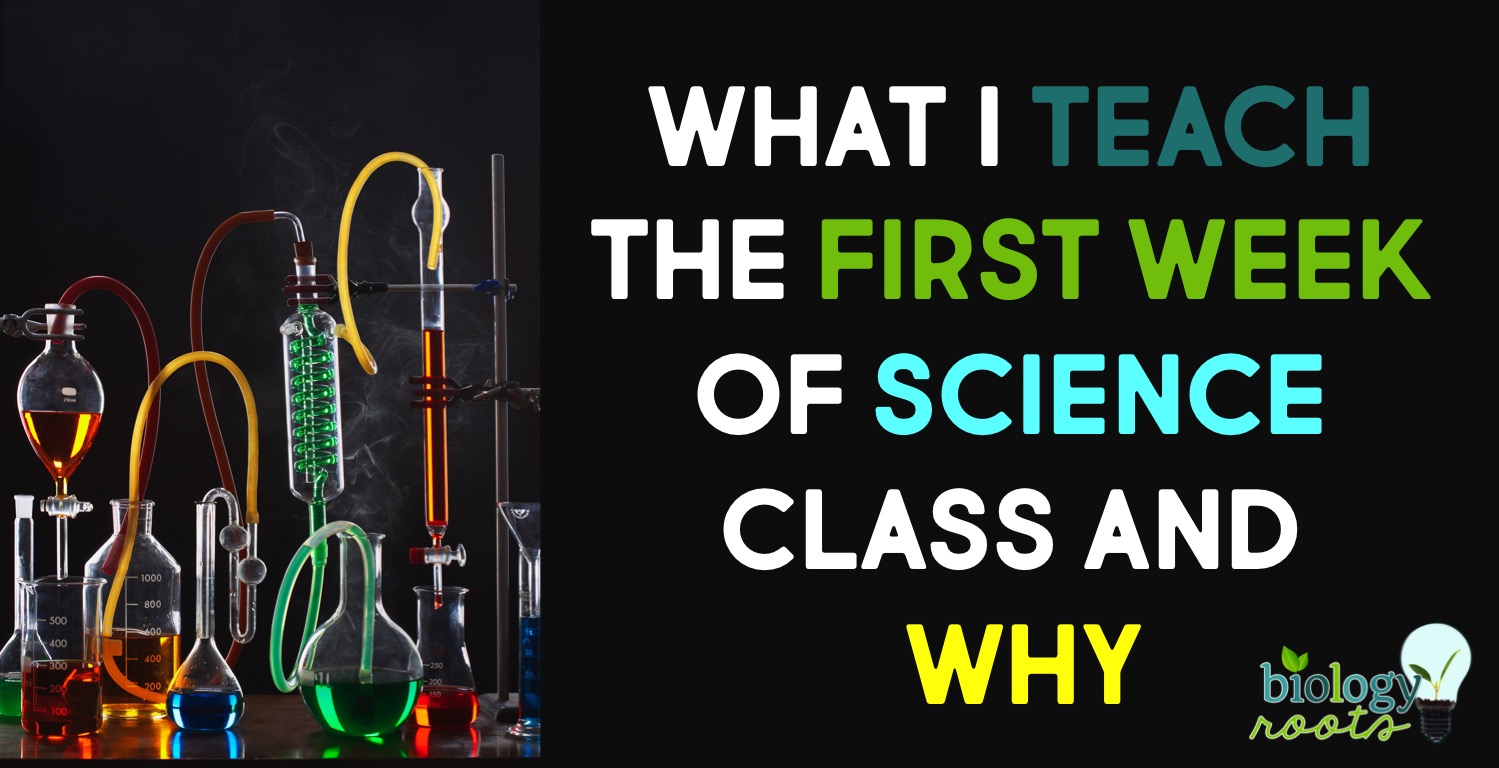 This post originally appeared on the blog Biology Roots.

Though I taught mainly biology, I also taught physical science. During that crucial first week of school, the classes were learning the same things. This is for any high school science class!

Day One- Review the Syllabus and Scientific Method IceBreaker: My syllabus always tended to be on the short side. I was able to fit everything into one double sided syllabus. Handing out a syllabus and spending nearly the entire class talking about it was not how I wanted to spend my first day- I wanted to get right into science. To do this, I created an icebreaker that got students discussing the scientific method together. We had all year to get to know each other! Hence the scientific method ice breaker! The video explains it all (link to video and icebreaker at end of post).

To best lead into this, I have students do a quick activity called “mystery jars”. At the time, my son was 5 months old and we were going through jars of baby food. I added marbles to the jars and covered them up with decorative duct tape. I’m not going to lie, it took me about 4 hours, which I did over the course of 2 nights (Thank you, Netflix!) But, I was able to use them again and again. If you don’t have jars you can use Easter eggs or film canisters (which also require a lot less duct tape). Just make sure that each jar is labeled (for example if you have 30 jars label them 1-30) and also make sure that you have recorded how many marbles are in the jar before you seal it up. Put students into groups and have them guess how many marbles are in each. I had scales around the room as well as spare marbles and offered the students to weigh the jars and individual marbles to make their best guess. Another option is to do the classic “guess what’s inside” lab. I preferred using one item because it gave a concrete quantity rather than a quality. You can also use cheaper items like hardware (nails, bolts, etc.) instead of marbles.

The whole point of this activity is to lead into a discussion about the power of observation… which leads right into the scientific method. I start off by sharing a quick PowerPoint with them that gives tons of examples of the control group. The foundation of science lays upon the notion of the scientific method: asking questions, making observations, and the control. Many high school students that come into your class will not be able to display a proper understanding of the control group. Though they had amazing middle school teachers and probably knew it at one point, many of them lose it if they don’t use it – and need a refresher.

Now that we’ve reviewed what a control group, dependent variable, independent variable, etc. is… it’s time to get into a little inquiry! I have them do a 5-second lab with petri dishes and jellybeans. But- I don’t tell them what to do. It’s all on them. Though the lab I offer in my store aids student thinking to help design an experiment, it does not give a procedure. And though it may sound a bit off,  I want them to fail. Because that’s how we learn- by making mistakes. Not all groups fail at their experimental design of course, but the ones that do never forget the control group again! It makes for a great discussion and learning opportunity!

Day Five and Six- Graphing: In biology class we cover a lot of graphing. Again, you may think to yourself “they learned this in middle school!” And it’s true. But as we move onto high school science and analyze line graphs and scatter plots, it’s nice to give them a refresher on x and y axes, and how to measure data. You may want to consider giving your class an in-class assignment asking them to graph something relevant to your subject, such as predator-prey relationships in biology. This will help you to assess your class’ strengths and determine if they need some more practice. With new trends in science education like NGSS, which relies heavily on models (including mathematical models), it is more important than ever that students be able to construct and analyze a graph.

That’s why I reintroduce graphing with a quick PowerPoint that covers all your bases and provides examples, and give them lots of practice! I always provide an open note quiz that students use as further practice, and it helps me track their growth or where they still might need help. As the year goes in, it’s helpful to keep that data in mind so that you know where they may need extra help with graphing (or not).

… Day Seven and Beyond…I get right into our content! But I would always pull the scientific method and graphing into our class as we go along, it really can’t be helped since it’s an integral part of any science class!

What About Lab Safety? Heck yeah. Even High Schoolers need a lab safety refresher. It was 2006. I was doing my first lab. Enzymes. Catalase. Liver. Fire.  I didn’t breathe the words “lab safety” outside a contract that I gave them on the first day of school. The lab was 3 weeks later. I was frantically writing on the whiteboard; writing things like how to clean up, dispose materials, etc. I had verbally told them in 10 minutes before they got in their groups, but I quickly realized it hadn’t completely sunk in. I eventually realized this was a bad move and it never happened again!

A few days before our first lab is planned,  I review the lab safety contract so that it’s fresh in their minds. I always required that parents signed it, which I feel is important. I then gave them an amusing PowerPoint on lab safety. Sitting there talking about it is NOT the same as showing them an engaging and visual PowerPoint (with the “lab safety rap” mixed in, too!) This was the best way for me to discuss lab safety and set the tone for the lab and all future labs. It definitely put my mind at ease and not only did I feel more prepared, but my students did, too!

The divergence occurs depending on what subject you teach, but this is the general pattern I’ve used- no matter what science subject! For biology I’d get right into the question “what is biology” and review how to use the microscope- another important skill! In physical science I’d get right into SI units and scientific notation. What do you do? Feel free to leave a comment and share 🙂

Wishing you the best of luck this school year!

Here is the link to the scientific ice breaker: Icebreaker for First Day of School.

Want to save this post for later? Pin the image below! 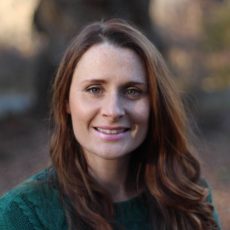 My name is Vanessa Jason. I live with my 3 children in the greater Boston area. My passion is creating engaging and effective resources that will promote scientific literacy and curiosity.

Why Biology Roots? Though I have taught all disciplines of science, biology is my passion. I grew up on a farm always exploring nature, digging in dirt, finding vernal pools, saving salamanders, raising and helping animals, and familiarizing myself with the plant life. So, though I love all things science, biology is my roots! I have worked in both rural and urban districts with students from diverse backgrounds and of all learning styles. In 2012, I began my journey as a curriculum designer to offer high quality material designed for student comprehension to teachers around the world.