Create the Perfect Storm with The Tempest 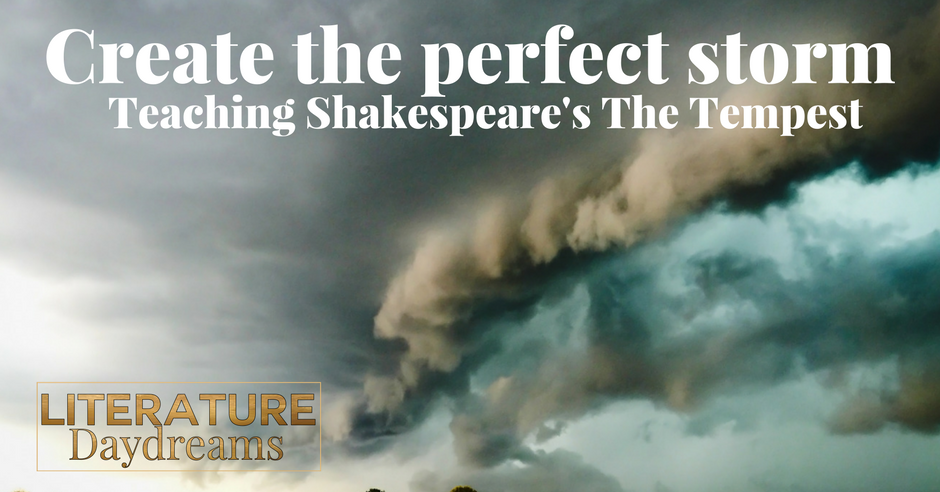 This post originally appeared on the blog Literature Daydreams.

I don’t know about you but there are some Shakespeare plays that I just love to teach. Macbeth, Antony and Cleopatra, and Hamlet all fall into that category. From start to finish, my students and I are hooked on these stories. There also some plays that the kids love more than me – Romeo and Juliet. Don’t get me wrong, I cry every time, but there’s always something missing for me about R&J. I think it might be the lack of justice. It’s just all so darn unfair at the end.

And then there are some plays that I love for the sheer wonder and technical mastery displayed by this Colossus of the writing world. The Tempest is that play.

Before I tell you about what a humdinger of a play The Tempest is, I want to share this golden nugget with you. Last summer I was honored to spend some time in the Shakespeare Archives at Stratford Upon Avon. Amongst other wonders, I came across this wonderful playbill for a production of The Tempest from 1857. Isn’t is amazing? 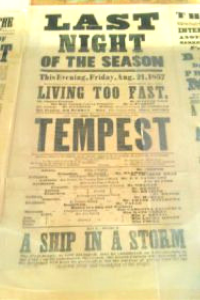 I said above that I love The Tempest for its technical mastery and although this is very true (in terms of high rhetoric, The Tempest is genius), I also love it because it is a story of real, honest, dirty, and glorious human experience.

The Tempest takes many of Shakespeare’s conceptual obsessions and transports them and us to Island where we are trapped, and then set free. It is a story of family, of love, of power, of revenge, and of forgiveness.

And this is where our analysis of the play begins – with the big ideas: 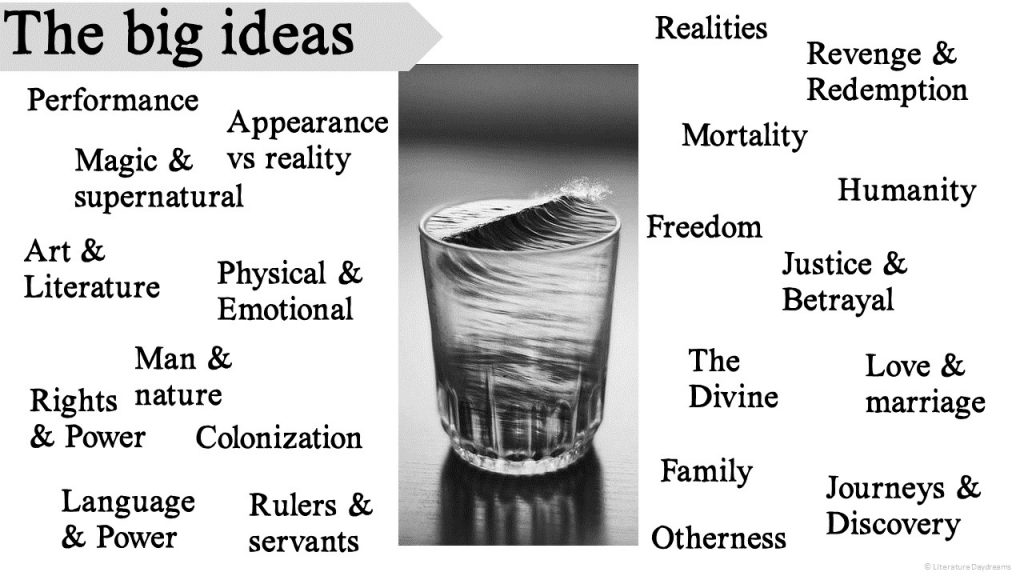 If you take The Tempest out beyond its simple revenge narrative, it is a tale of voyage and discovery, one in which some are subjugated and some are overlords. One where those who have power, will fight to keep it. And those who have none, may not have the ability to fight at all. It is a narrative of colonialism and how the wilderness and its savage inhabitants need civilizing. Shakespeare charts the green shoots of imperialism and global domination and, unsurprisingly, his commentary isn’t a happy one.

Here The Tempest connects with the modern world. And often this is where my students gain their greatest enjoyment of the text, as we consider:

It’s funny: We never have to have the discussion about the ‘relevance of Shakespeare’ because with issues like this, there is no challenging that Shakespeare’s voice is timeless.

Writing up a Tempest

Our class discussions inevitability require some form of written response. When teens set the world to rights, their ideas need to be kept for prosperity. Our focus in here London at the moment is analytical essay writing (and I’ll get onto that in a moment) but there is a strong argument for allowing students the opportunity to explore their thinking in a more creative mode of writing first. We read like a writer, write like a reader, and then analyze like a reading writer. 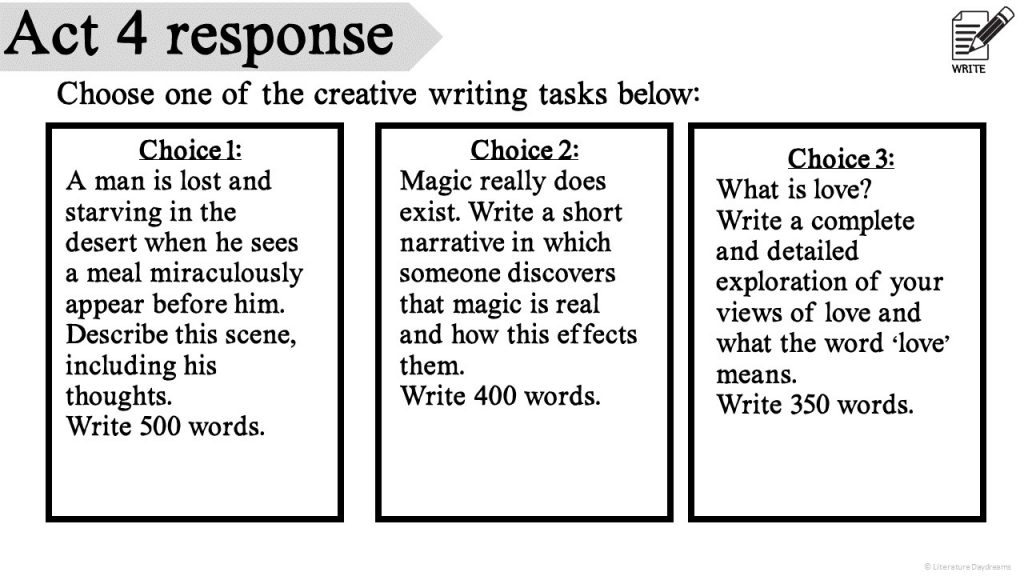 Digging deep into the beauty of form

For me, one of the utter joys of teaching Shakespeare is the confidence students gain in analyzing and interpreting his language. Here in London, our students take public examinations on Shakespeare at the age of 16 and at 18. In these exams, they are required to write an essay where they dig deeply into Shakespeare’s language and form. As much as I would like to, it isn’t enough to spend all our time talking ideas. We have to roll up our sleeves and get stuck into the words and rhythms on the page.

How do we begin?

Well, of course, I begin with the ideas in the play. We start out looking for evidence of the key themes and concepts in Shakespeare’s writing. Then we discuss their relevance at that moment, for that character. 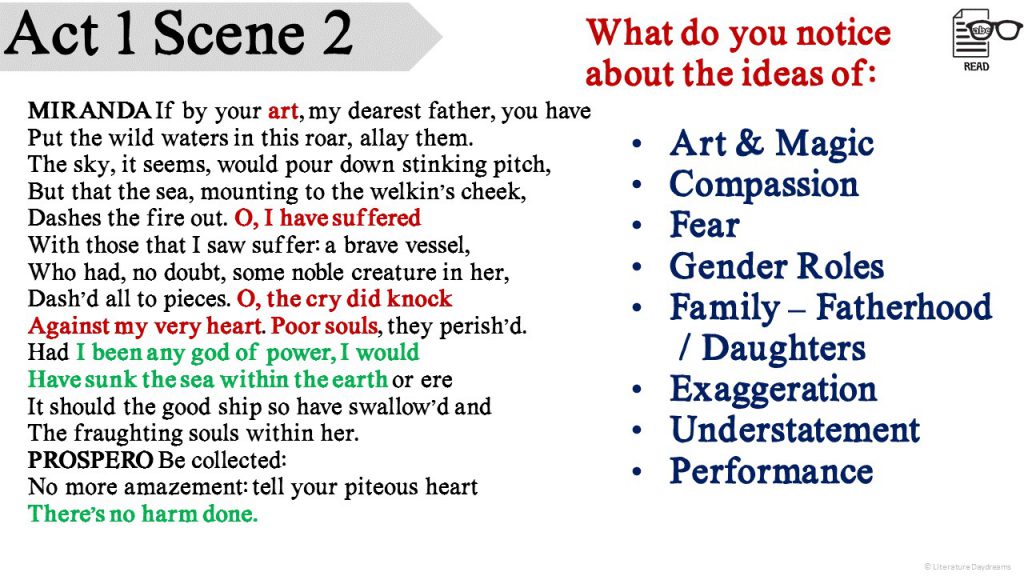 We might create a detailed close analysis of this speech looking at:

By starting looking for these universal ideas, students are distracted from the complexity of the language and begin to create analyses and inferences without even realizing it. So how do I take their analysis to another level?

Getting stuck into Literary Techniques 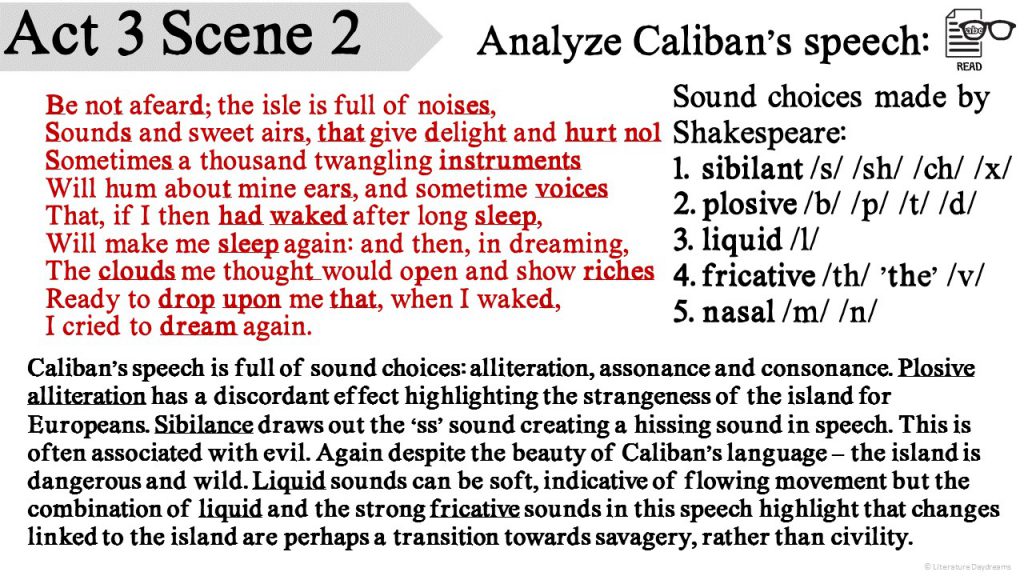 We use Shakespeare to teach a number of complex literary and rhetorical devices. He is well known for his use of rhetorical repetitions (anaphora, anadiplosis, epistrophe). Here students begin to unravel the effect that each of these has. We study alliterative repetitions, the effect of caesura and enjambment, antithesis, and any number of techniques. If you would like some ideas for teaching the Sounds of Shakespeare, then check my blog post here!

For us, it is essential that students can identify and explain the purpose of each of these. The example essay paragraph below shows the depth of understanding and engagement with ideas, character, language, and technique demonstrated by our students. It’s pretty awesome! 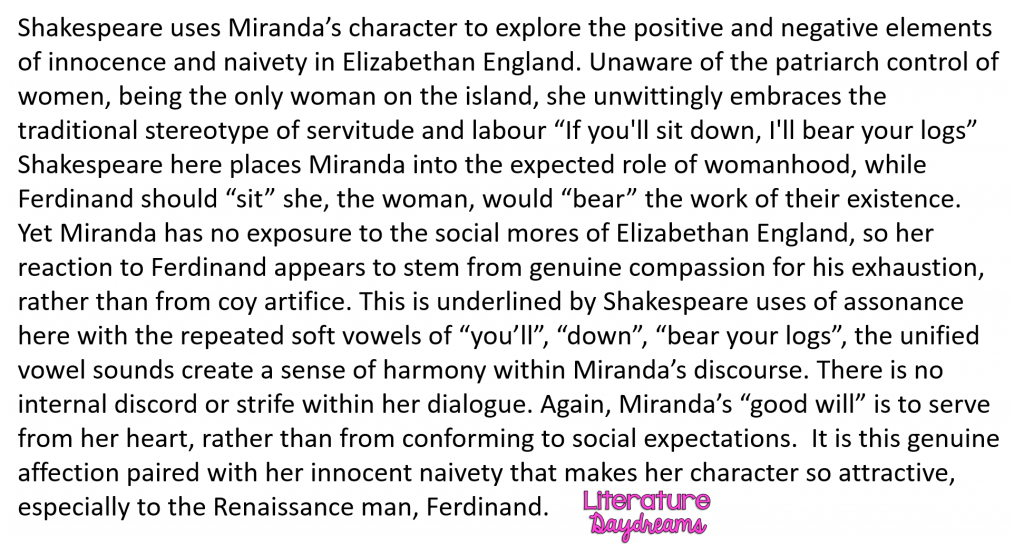 Hold on what’s all this about Elizabethan social mores?!

I know! I get it. That was a little bit too much. Do you ever have a phrase that you use with kids and for some reason they latch onto it and use it again, and again, and again? Well, “the social mores of Elizabethan England” became that phrase for me!

Here’s why: The final and almost the most important thing we do when studying Shakespeare is to place the text within its moment in history. And I don’t mean vaguely “people in Elizabethan times didn’t wash and that’s why Shakespeare makes jokes about people smelling”.

I mean with deep, detailed, and in-depth knowledge of the era. The whos, the hows, the wheres, and the whens.

Again how can any kid argue that history is boring and irrelevant when my starter question says:

Welll, my friends, I’m glad you asked. Here’s one gem – we cover the topic of political virginity in quite a lot of awkward detail! 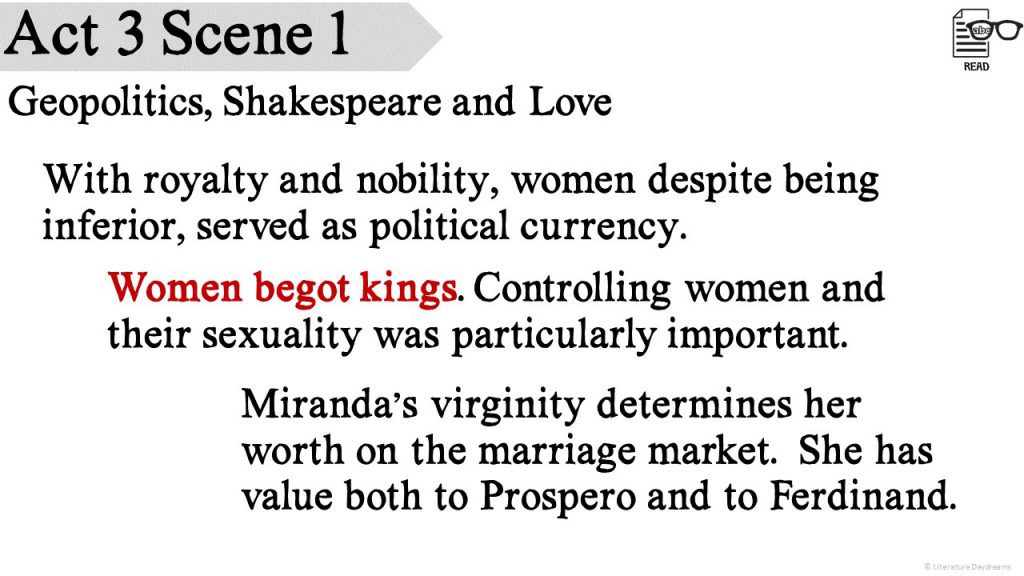 And it’s not just this – we study Elizabeth I and how she was both an awesome and unpredictable monarch. The unity and instability created by a unmarried woman on the throne catapults England into the gender dialogue of the day. James I unifies England and Scotland – or does he – returning this ‘small and brutish’ (Thomas Hobbes) nation to rule by absolute monarchy. Add to this the Gunpowder plot, the Age of Discovery, the Inquisitions and Jesuit Equivocators: the age of Shakespeare was rife with political intrigue and conspiracy. Sounds familiar, doesn’t it? Again so many links to the modern world.

Read, act, enjoy Shakespeare but don’t be afraid to study it. For us, going way beyond the ordinary is what makes us love him. Students confidence is built on a deep understanding and that indeed makes them very confident.

If you would love to teach The Tempest using the resources I have included above (plus over 200 pages of other goodies), then you can find them all at my TpT store here. You can also see all my Shakespeare resources here. Annnd if you would like – sign up to my newsletter to catch more of my Shakey blogposts! 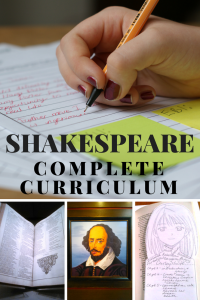 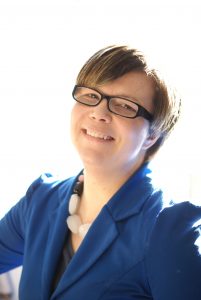 Louisa lives in London, England and teaches English at a large secondary school. Despite living just four miles from the House of Parliament, the Globe, and a host of other cultural spectacles, Louisa prefers the sea and escapes to an English seaside hideaway as often as possible. She loves teaches Shakespeare (well, any British Literature really) and believes very firmly that learning should be full of laughter and intelligence. Find Louisa at her TpT store here as well as on Facebook, Pinterest, and Instagram!