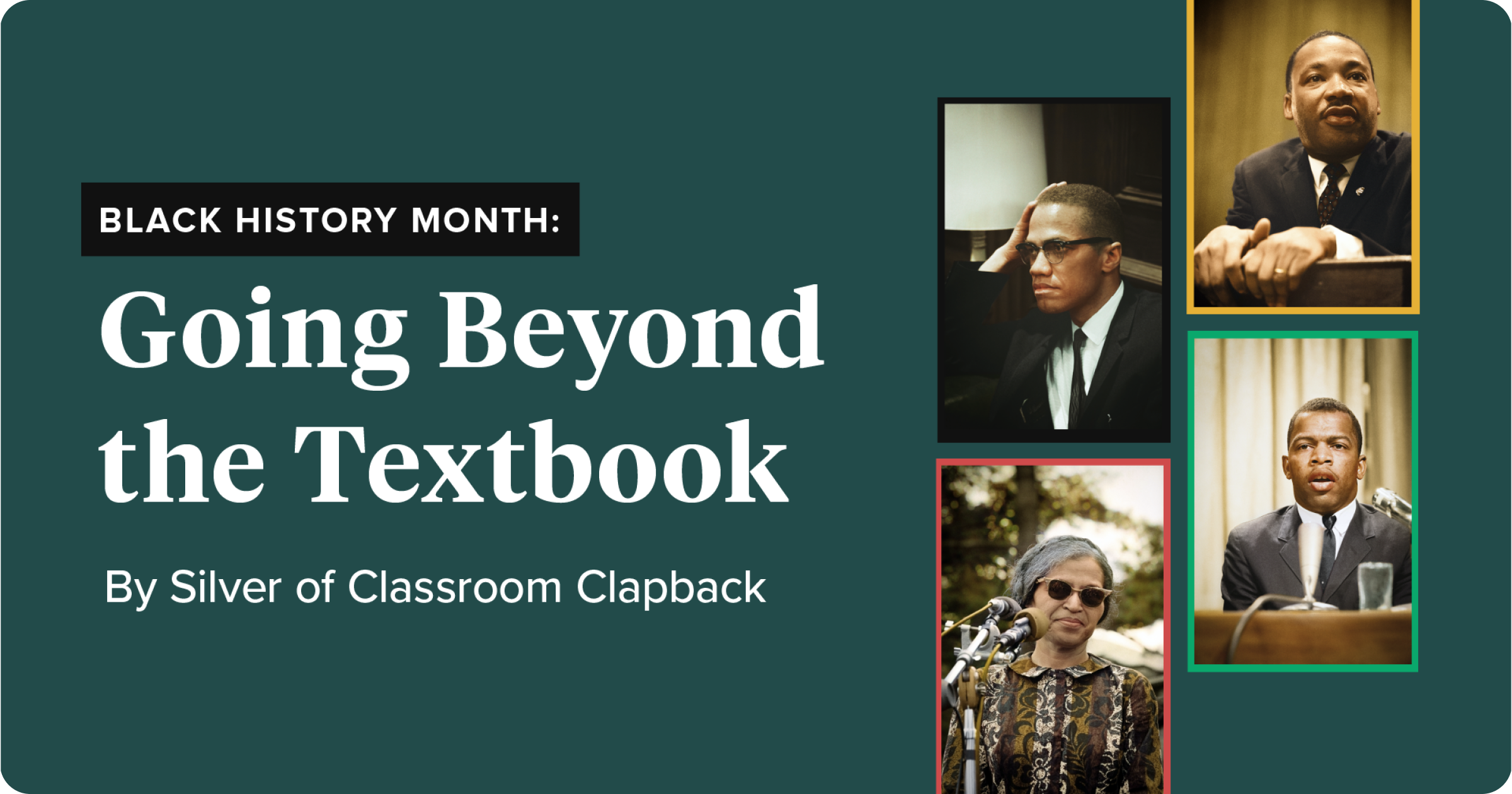 This post is an op-ed by Silver of Classroom Clapback.

“I am not my ancestors.”

It was in 2013 that the words Black Lives Matter were first tweeted. It was the year the non-indictment ruling was issued in the case against George Zimmerman, the man who stalked and murdered 16-year-old Trayvon Martin in 2012. I remember the day of the ruling clearly. I was with a group of teacher friends at the Chicago Taste Fest, watchingJill Scott perform —  sitting in the grass, listening to her sing about long walks and grits. When the show was over, we hopped on the train to go home and change before going back out that night to keep the party going.  But while on the train, a brown-skinned woman with short hair came in and announced the non-indictment. My heart sank. I wanted it to be a lie, a mistake, a deep misunderstanding. I didn’t have any service on the train and anxiously waited  to get off at the next stop to check my phone in hopes of disproving the announcement. Instead, my fears were confirmed.

I took to social media that night to lament.

I didn’t see the tweet that night, but my heart echoed every word she wrote. A couple of days later, those same teacher friends and I marched, holding signs declaring our own love note: “Teacher for Trayvon.”

That has been my vow since that day. A declaration I have lived on lesson plans and at parent-teacher conferences. For me being a Teacher for Trayvon meant holding the beliefs that:

It meant allowing these beliefs to lead me in cultivating persistent and tenacious joy, a stubborn hope, and radical imagination within the classroom. Crafting instructional materials that center the identities of students of color as the daily routine and fostering student’s critical thinking, critical questioning, and supporting their wonder in every class.

This Black History Month, I invite you to do the same.

By 2016, Black Lives Matter had jumped off the Twitterverse and had entered into the global activist landscape. During this time, the slogan, “I am not my ancestors,” would gain popularity. Some sought to make a stark contrast between the Black Lives Matter Movement and the Civil Rights Movement, believing that BLM was a break from a history of Black victimhood. They held the belief that those who had birthed them could not lay claim to the movement they were born into.

This false belief isn’t the complete fault of their own. Black children who went through the system of miseducation, where their history was either whitewashed or erased in K-12, have grown up to be Black adults who suggest bravery and boldness was foreign to our ancestors. In childhood, all these now adults learned was that Harriet Tubman was an abolitionist and no one else ever resisted again until Black people stopped riding the bus and started marching.

In 1926, Carter G. Woodson, the Father of Black History, founded Negro History Week. This was later expanded to what we know and celebrate today as Black History Month. Though every day is an opportunity to learn and to celebrate Black people and their contributions to history, February marks what should be an intensity of that study. Take this month to go beyond the limitations of your textbooks and the routine stories and marginalized figures.

Teach students about Dr. King’s anti-war ideology or how before Millennials and Gen Z’ers felt the Bern, Dr. King had already laid the groundwork for economic revolution. Teach students the truth of Rosa Park. That she wasn’t a tired, accidental activist, but a trained activist who also fought against sexual violence towards Black women. Talk to them about the African Diaspora and the Black Panther Party. Talk about Malcolm X, Fred Hampton, Assata Shakur, Marcus Garvey, Ida B. Wells, Barbara Smith, and the Deacons for Self-Defense. Allow Black folks who may not fall into the constraints of respectability and engage in a lot of good trouble to take up space in your classroom.

Going into this Black History Month, use these questions to unpack your teaching plan:

Black people are not the sum total of historical traumas. Do not fill this month with emphasis on enslavement and Jim Crow. We are more than bodies that were enslaved; bodies that have been brutalized; bodies that search for freedom.

We write our own narratives. We are not stifled by the false stories authored about us as Black people. We define ourselves, for ourselves. We will not be pressured into obligations of perfection to protect the image of our people, nor will we be Playdoh, our bodies, minds, and emotions, molded into caricatures that don’t show our genius. We produce. We create.

Blackness ain’t monolithic. We complicated. We complex. We every dimension.

Our story is one of Black justice.

Tell our kids that.

About Silver from Classroom Clapback

Silver has supported culturally-relevant, social justice education in Detroit for eight years. She taught 5th-8th grade ELA for six years until she transitioned to become a humanities instructional coach for 9th-12th grade ELA and social studies. She began creating lessons on TPT to provide other teachers with resources she wishes she had in her first year of teaching — rigorous and relevant units that celebrate the identities of students of color that are often left out of daily lesson plans. Silver is also a participant in TPT’s Teach for Justice, a program dedicated to supporting anti-racist and social justice education.