Black Americans You May Not Teach About in School But Should 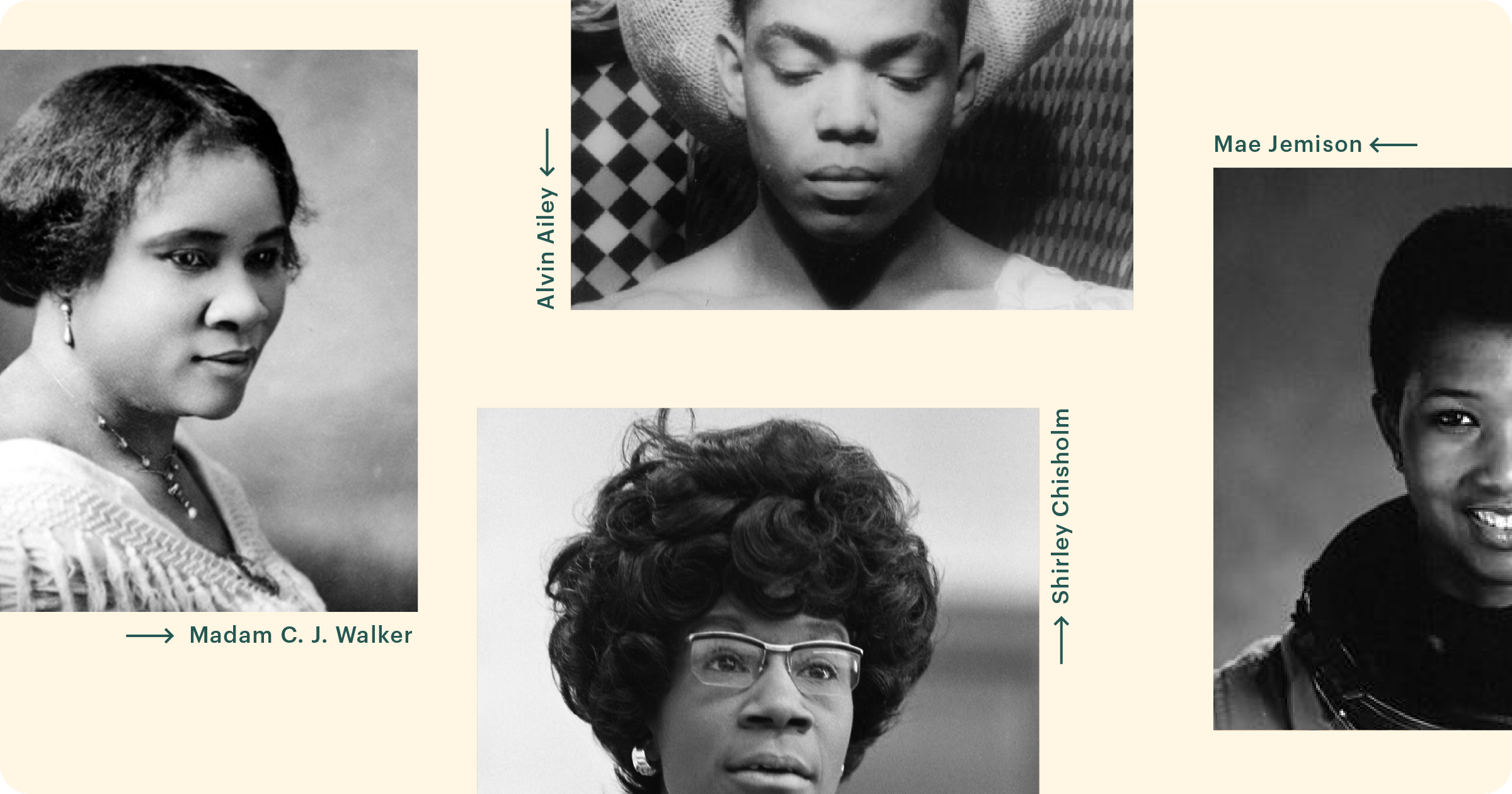 When it comes to teaching your students about important figures in Black history, people like Martin Luther King Jr., Rosa Parks, Barack Obama, and Maya Angelou often take center stage. But in teaching about Black history, there’s also a big opportunity to shine a spotlight on some lesser-known figures whose contributions did so much to change the world as we know it today.

We’ve gone as far back as the 1700s to highlight the legacies of some inspiring Black Americans that you and your students may not be familiar with. While this is by no means a comprehensive list, feel free to use it as a starting point to bring some untaught Black history into your classrooms. And remember, while Black History Month is as good a time as any for your kids to learn about history-making Black Americans, we encourage you to teach about these figures — and others! — in your lessons year-round.

6 Black Americans Your Students Should Know About

Here are some lesser-known — but important — Black heroes, whose contributions to politics, the arts, and STEM fields are worth highlighting to your students.

James Armistead was best known for his work as a spy during the American Revolution, whose work enabled American forces to win a decisive victory in the final battle of the war. He was born into slavery in Virginia around 1748, and enlisted as a soldier in the Revolutionary War in 1781 under General Lafayette. Working as a double agent, Armistead gained the trust of General Cornwallis. The intelligence he gathered allowed American forces to win the Battle of Yorktown against the British, the final battle in the American colonies’ quest for independence against British rule.

Many dream of becoming a millionaire, and Madam C. J. Walker was the first Black woman in the U.S. to do it. In the 1890s, after losing her hair, she began to experiment with home remedies and invented a line of products for Black hair care. She eventually went on to establish her own company: Madame C.J. Walker Laboratories. Later in life, she used her fortune to fund charities like the NAACP and the Black YMCA, and helped provide scholarships for women at Tuskegee Institute.

Augustus Jackson was a former White House chef and candy maker from Philadelphia who invented several recipes and methods of manufacturing ice cream. One of Jackson’s biggest innovations was adding salt to the recipe, which made it more stable, lowered the freezing temperature, and made the ice cream even tastier! While he didn’t technically invent the frozen treat, Jackson is considered by many to be the “Father of Ice Cream” because his techniques made it easier to bring ice cream to everyone. So, next time you have an ice cream on a hot day, thank Augustus Jackson!

Pro Tip: Use this BlackPast biography written specifically for young audiences to further teach your students about Augustus Jackson.

Mae Jemison was the first Black American woman to travel to space. (She was also the first real astronaut to appear on Star Trek, which was the TV show that inspired her to literally reach for the stars!) In 1992, she flew into space aboard the Endeavour, and spent eight days there, conducting medical experiments on herself and the crew. Today, she continues to work on getting more young women of color involved in STEM.

Shirley Chisholm is best known for being the first Black congresswoman. She began her career as a teacher, and was elected to the U.S. House of Representatives in 1968, where she worked on the Education and Labor Committee and helped form the Black Caucus. In 1972, Chisholm made history (again!) by becoming the first woman to run for the Democratic Party’s presidential nomination. After serving seven terms in Congress, where she advocated for education and employment opportunities for minority groups, she retired in 1983.

Alvin Ailey founded his dance company in 1958, and choreographed ballets that drew inspiration from both his Southern roots and the blues, spirituals, and gospel songs of his youth. His most famous piece, Revelations, is largely considered an ode to the faith and strength of the Black community. Despite his untimely death at the age of 58, Ailey earned global renown for his impact on modern dance, and continues to be an important figure in the arts. The dancers with the Alvin Ailey American Dance Theater have performed for more than 20 million people around the world.

Pro Tip: Explore the Alvin Ailey American Dance Theater’s interactive timeline to learn more about Ailey and the legacy he has left behind through his dance company.

Interested in teaching about multiple figures from this post, plus some more? Explore these activities by Black Teacher-Authors on TPT:

If you want to read more about the individuals in this post (or research more hidden heroes from Black history!), check out these websites:

And for more ways to incorporate Black history into your lesson plans throughout February and the rest of the school year, read through our resource guide for Black History Month in schools.