Activities That Teach Students the Power of Words 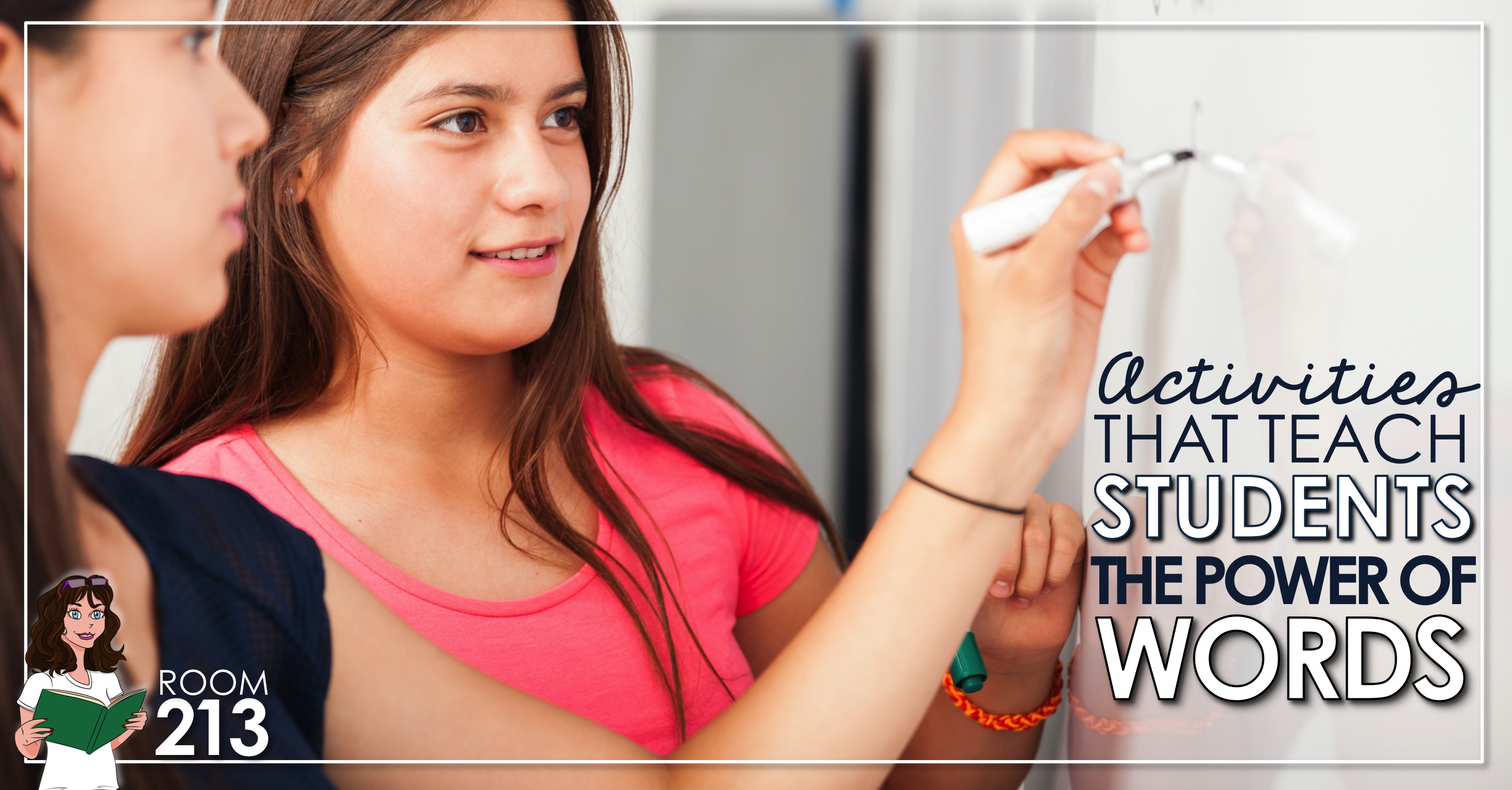 For the past few weeks, my 10th grade class has been learning about the power of language. We talked about avoiding tired words and using active, vivid verbs. I gave lessons on connotation and tone, and on sensory imagery and figurative language. However, I don’t want my students to just identify language techniques and choose effective words when they write; I want them to understand how language choices can affect meaning. I want them to be able to recognize author craft in the texts they read, and to create powerful texts of their own. My experience has taught me that I can’t just show students what I want them to do; instead, I need to provide opportunities for them to actively engage in the topic in order to really learn. Here’s what I did to give them those opportunities:

After each mini-lesson on word choice, students would read their independent novels. I instructed the students to get some post-it notes and mark passages that illustrated the author’s use of language in their independent novels. For example, one day they looked for active verbs, and on another they looked for words with strong connotation (I ask them to look for only one technique in the beginning, so they can focus without getting over-whelmed). When we finished reading, students did a turn and talk and shared the passages with a partner, explaining the effect of the language choices as well. I was very pleased with the conversations that they had about language, because it was clear they were learning!

The students also worked though a series of collaborative activities designed to get them to practice what they had learned about word choice. For the first one, I put different scenarios on the top of chart paper, arranged the students in groups, and instructed them to brainstorm words and images that could describe their assigned scenario. After a few minutes, I started handing out “cards” to some of the students.  If their group was working on describing the classroom before a math exam, I gave one student a card that read “you’re great at math” and another that said “you have test anxiety”; other students received cards that read “tone”, “strong verbs” and “imagery.” I told them to start adding language that reflected what was on their card — and not to tell the others what it said.

This activity worked really well. First, the kids were given the opportunity to see how words can change a writer’s intended meaning. Someone who is introverted, for example, will describe a busy school hallway very differently than one who is a social butterfly. Their work also provided me with an opportunity to give some quick formative feedback. One thing I noticed, for example, was that most of the students were writing only one word, rather than full phrases.  I reminded  them of our lesson on imagery and figurative language and told them not to forget to use those techniques as well.

Next up came one of my favourite group exercises. In the past I’ve had students work in groups to write a descriptive paragraph that captures the essence of a sour key.  I use it to teach the power of brainstorming, by having the students brainstorm words/phrases to describe the candy in three stages: how it looks, how it feels and  how it tastes. Then they write a group paragraph with the best one winning the remaining candy. Competition is always fierce!

This time, however, I threw in a twist. After they had done their initial brainstorming, I gave each group a card that instructed them to write from a certain perspective. One group wrote as health enthusiasts and another as sugar addicts. One group wrote as though they were dentists, and another as candy “snobs”. They read their finished paragraphs aloud, and the other groups had to guess their perspective. The resulting paragraphs were, of course, very different, and the kids got to see, once again, how language shapes meaning.

After all of these group activities,  I had students do a writing prompt based on this photograph: 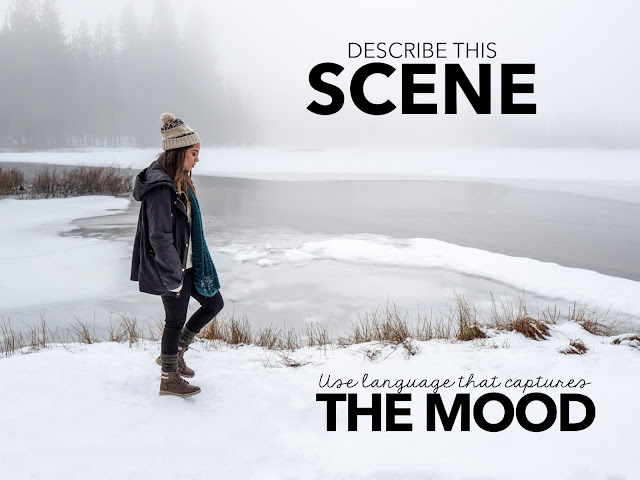 Before they wrote, I asked them to consider the girl in the photo: Does she like to be by herself? Does she hate the cold? Is she an explorer? A dreamer? Why is she there? How will the answers to these questions affect the mood in your description? I gave them a few minutes to choose a perspective from which they would write, then time to complete the task.

The descriptive paragraph was one of the many writing prompts that they did in their journals. Not all were descriptive, because I wanted them to recognize that language choices are equally as important in expository and persuasive writing. And, after each entry, I asked them to go back and underline or highlight at least two places where they used language for effect. This strategy makes them responsible for their learning and makes it much easier for me to assess it.

When I collected the journals, I did not write a single thing in the margins. Instead, I used a pink and a yellow highlighter. If I saw an example of effectively used language, I highlighted it in yellow; I used the pink one for language that could be more powerful.  I did this twice in each journal entry, and when I passed them back, I told the students to look it over and try to figure out what my color code meant.  They weren’t long in doing so — another sign that they had learned. Next, I had them attempt to use stronger language for their “pink” phrases, and write it in the margin. I’ll look at their changes the next time we conference.

Overall, it was a very successful week. The students are carefully weighing their words and thinking about the most powerful ways to make their points. We had quite a bit of fun too!

I’ve created two new products that are focused on teaching kids to use their words wisely. If you’re interested, you can check them out: Writing Lessons: Word Choice and Writing Challenges.

Jackie has been teaching and learning in Room 213 for 24 years. She has her Masters of Education in secondary English curriculum and currently teaches 12th grade academic and general, as well as an 11th grade International Baccalaureate class. Her focus with all students is on learning how to learn, critical thinking, and love of reading. She lives in eastern Canada with her husband and three children. You can read more about her adventures as a teacher at her blog, Real Learning in Room 213 or on Facebook. You can also visit her at her TpT store Room 213 and on Pinterest.